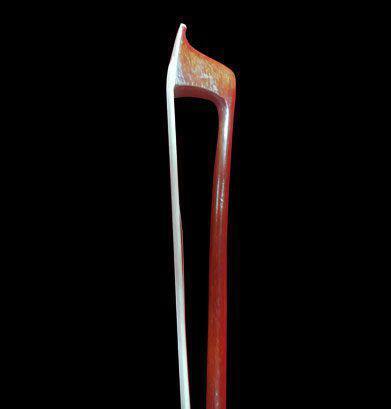 The youngest son of Charles Nicolas Bazin and the only one to pursue bow making exclusively, Charles Louis Bazin took over his father’s shop in 1907. Charles Nicolas remained a presence in the shop until his death in 1915. Charles Louis then relocated the shop just before he was called up to serve in WWI. This hiatus resulted in some understandable changes in personnel within the shop, and afterwards there is a general progression towards greater thickness in Bazin’s bows. He worked from a variety of models, with round sticks, and supplied numerous Parisian firms with bows of unvaryingly high quality.

Bazin’s son Charles Alfred joined him in 1922, and the two worked together until the father’s retirement in 1952. His only brand stamp reads, “Louis Bazin.